Foreign Sub's Guarantee of US Loan Results in Additional Income

Foreign Sub's Guarantee of US Loan Results in Additional Income

According to Law360, the Third Circuit on May 14, 2019 upheld decades-old tax regulations tied to a $377 million dispute involving the affiliate of a commodities trader, ruling that the IRS wasn’t expected to foresee every possible impact of the rules when they were written.
In a precedential ruling, a three-judge panel affirmed a U.S. Tax Court decision from January 2018 that ruled SIH Partners LLLP, an affiliate of Pennsylvania-based commodities trader Susquehanna International Group LLP, owed taxes on approximately $377 million in additional income. The extra earnings stemmed from a $1.5 billion loan from Bank of America brokerage Merrill Lynch, which was guaranteed by SIH’s subsidiaries in Ireland and the Cayman Islands.

The Tax Court’s ruling was based on regulations under Section 956 of the Internal Revenue Code, which states that U.S. shareholders must include their controlled foreign corporations’ applicable earnings, up to the amount of such a loan, in their own income when the foreign units invest in U.S. property. 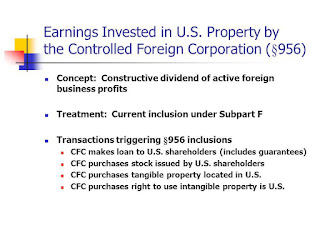 SIH had argued that the regulations were arbitrary and capricious, and should be invalidated, in part because Section 956 income inclusions could hypothetically exceed the amount of the loan. It pointed to Internal Revenue Service guidance, issued after the rules were adopted, stating that the inclusion of income under Section 956 should be determined on the facts and circumstances of each case to ascertain if there had been a repatriation of earnings.

But as the panel saw it, although IRS guidance may recognize that the regulations don’t always address economic reality, that doesn’t mean the regulations themselves were arbitrary or capricious when they were adopted in 1964.

“We cannot and will not find half-century old regulations arbitrary and capricious, based on insights gained in the decades after their promulgation,” said the opinion,
written by Judge Morton Greenberg.

During oral arguments in March, counsel for SIH had contended that the rules were arbitrary and capricious at the time they were issued because the IRS failed to recognize the possibility of multiple loan guarantors as an issue with the regulations.

For its part, SIH has said the fact that the CFCs’ earnings in this case happened to be less than their purported investments in U.S. property “is a fortuity that does not cure the basic problem” with the Section 956 regulations, according to the company’s September brief.

The company had also argued that even if the Third Circuit upheld the regulations, it should remand the matter for an examination of whether the CFC guarantees resulted in an effective repatriation of CFC earnings under IRS guidelines. 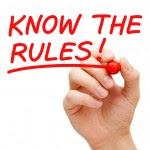 But the panel disagreed, finding that no statute or regulations state that the purpose of a CFC loan guarantee should be a factor in determining what constitutes Section 956 income.

In addition, the panel rejected SIH’s final contention that even if income were validly attributed to it by the regulations, the tax rate for dividends should be used, rather than the one for ordinary income, because the relevant statutes deem the repatriation “as if it were a dividend.”

The panel sided with the Tax Court in rejecting this argument, ruling that “analogizing one concept to another does not make them completely interchangeable.”