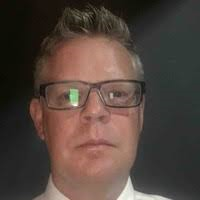 Matthias Krull, 44, a German national and Panamanian resident, pleaded guilty to one count of conspiracy to commit money laundering, on Aug. 22.  U.S. District Judge Cecilia M. Altonaga of the Southern District of Florida sentenced Krull to:

As part of his plea, Krull admitted that in his position with the Swiss bank, he attracted private clients, particularly clients from Venezuela, to the bank.  In this role, Krull’s clients included Francisco Convit Guruceaga, who was indicted on money laundering charges on Aug. 16.  Krull’s clients also included three unnamed conspirators described in the Aug. 16 indictment.

Krull admitted that the conspiracy began in December 2014 with a currency exchange scheme that was designed to embezzle around $600 million from PDVSA, obtained through bribery and fraud and the conspirators’ efforts to launder a portion of the proceeds of that scheme.  By May 2015, the conspiracy had doubled in amount to $1.2 billion embezzled from PDVSA.  PDVSA is Venezuela’s primary source of income and foreign currency (namely, U.S. Dollars and Euros).  Krull joined the conspiracy in or around 2016, he admitted, when a co-conspirator contacted him to launder the proceeds of a PDVSA foreign-exchange embezzlement scheme. 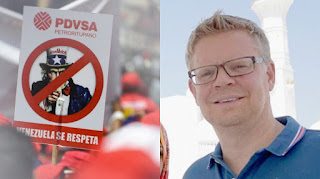 Ultimately, Krull joined the conspiracy to launder $1.2 billion worth of funds that were embezzled from PDVSA, he admitted.  Krull and members of the money laundering conspiracy used Miami, Florida real estate and sophisticated false-investment schemes to conceal that the $1.2 billion was in fact embezzled from PDVSA.  Krull also admitted that surrounding and supporting these false-investment laundering schemes are complicit money managers, brokerage firms, banks and real estate investment firms in the United States and elsewhere, operating as a network of professional money launderers.

Krull’s co-conspirators indicted on Aug. 16 include former PDVSA officials, professional third-party money launderers and members of the Venezuelan elite, sometimes known as “boliburgués.”
An indictment is merely an allegation and all defendants are presumed innocent until proven guilty beyond a reasonable doubt in a court of law.

This case is the result of ongoing efforts by the Organized Crime Drug Enforcement Task Force’s (OCDETF) “Operation Money Flight,” a partnership among federal, state and local law enforcement agencies.  The OCDETF mission is to identify, investigate and prosecute high-level members of drug trafficking enterprises, bringing together the combined expertise and unique abilities of federal, state and local law enforcement.

Do You Have a Criminal Tax Problem?