Have an Offshore Account with Mirelis InvestTrust? You May Want to Consider the OVDP Program Before Sept. 28!

Have an Offshore Account with Mirelis InvestTrust? You May Want to Consider the OVDP Program Before Sept. 28! 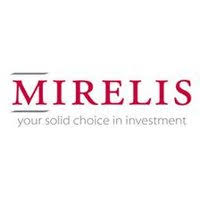 The DoJ announced on Friday, July 27, 2018today that Swiss-based Mirelis Holding S.A. reached a resolution with the Tax Division.

According to the terms of the non-prosecution agreement, Mirelis Holding S.A. (formerly known as Mirelis InvestTrust S.A.) agrees to cooperate in any related criminal or civil proceedings, demonstrate its implementation of controls to stop misconduct involving undeclared U.S. accounts, and pay $10.245 million to the United States, in return for the Department’s agreement not to prosecute this entity for tax-related criminal offenses.

During the Applicable Period, August 1, 2008, through December 31, 2014, the aggregate maximum balance of the assets under management of Mirelis’s U.S. taxpayer-clients was in 2008 and was approximately $315 million, consisting of both assets held in custody at Mirelis and assets held at third-party depository institutions.  Mirelis provided custodial account services for approximately 177 U.S. Related Accounts  and portfolio and asset management services to an additional approximately 95 U.S. Related Accounts that were custodied at third-party banks. 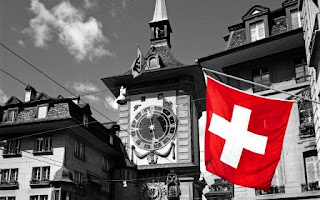 On at least five occasions, Mirelis effected the transfer of funds from one U.S.  Related Account owned or beneficially owned by individual U.S. taxpayer-clients to other U.S. Related Accounts maintained at Mirelis owned by U.S. limited liability companies, which in turn were owned by U.S. trusts with U.S. beneficiaries. The accounts owned by the limited liability companies were all later closed and the custody of their funds transferred to another Swiss bank (a so-called Category 1 bank) while the independent portfolio and asset management services were provided by Mirelis Advisors, a wholly owned subsidiary that is a registered investment adviser with the SEC.  Mirelis effected these transfers without knowing or checking whether the U.S. taxpayer-clients of the original accounts were compliant with their U.S. tax and reporting obligations.

Mirelis also assisted in the establishment of trusts and entities (collectively, “structures”) for U.S. taxpayer-clients with both accounts maintained at Mirelis and accounts maintained at third-party depository financial institutions, in particular at a Category 1 Bank, by making referrals to known purveyors of such structures both within and outside of Switzerland.  Mirelis knew or had reason to know that these purveyors often operated structures in contravention of corporate formalities and/or Mirelis’s own policies and procedures and that one purpose of these structures was to add an additional layer of nominal ownership to conceal the U.S. taxpayer-clients’ ownership of undeclared accounts.

With respect to at least 24 U.S. Related Accounts maintained by Mirelis, Mirelis obtained or accepted IRS Forms W-8BEN (or substitute self-certification forms) from these entity account holders that falsely indicated the beneficial owner of the undeclared account was the non-U.S. entity itself and not the U.S. taxpayer-client. These false Forms W-8BEN directly contradicted the Swiss Forms A that Mirelis obtained identifying the U.S. taxpayer-clients as the true beneficial owners of the accounts. 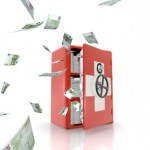 Mirelis submitted a letter of intent to participate as a Category 2 bank in the Department’s Swiss Bank Program in December 2013.  Although it was ultimately determined that Mirelis was not eligible for the Swiss Bank Program due to its structure as both an asset management firm and a bank, Mirelis is required under today’s agreement to fully comply with the obligations imposed under the terms of that program.

Mirelis has fully cooperated with the Department of Justice in this investigation, including undertaking a separate and thorough review of the provision of independent portfolio and asset management services to U.S. taxpayer-clients with accounts maintained at third-party depository financial institutions and encouraging a significant number of its remaining non-compliant U.S. taxpayer-clients to participate, or provide proof of prior participation, in OVDP covering many of the U.S. Related Accounts maintained by Mirelis during the Applicable Period.