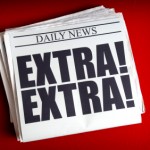 We previously posted on April 25, 2016 that Over 20 Countries Join UK-led Pilot for Automatic Data Sharing! where we discussed the international expansion of a UK-led deal to automatically share information on the ultimate owners of companies as over 20 jurisdictions, including British crown dependencies, overseas territories and EU member states sign up.

Now HM Treasury has published a list of 41 countries which have committed to sharing beneficial ownership information.

Shortly after the leak of the “Panama Papers,” the G5 countries, spearheaded efforts to take such collective action, unveiling a new agreement to do so at the International Monetary Fund (IMF) meeting in Washington, D.C. in April 2016.

Belgium, Bermuda, Cayman Islands, Cyprus, Gibraltar, Isle of Man, Jersey, Luxembourg, Malta and Netherlands, are countries where many trusts and companies are established for worldwide tax planning based upon their favorable local tax laws and there confidentiality laws; have also joined the list of other countries that have agreed to take collective action on increasing beneficial ownership transparency, including disclosing the real person associated with each company or trust.

The list include the following countries which support the initiative for Automatic Exchange of Information on Beneficial Ownership:

The next stage will be for the development of a global standard for this exchange.