According to Law360, House Republicans on Thursday succeeded in passing wide-reaching tax legislation, overcoming Democrats’ criticisms that it would significantly lower taxes for corporations and the wealthy while short-changing middle-income earners.

The Tax Cuts and Jobs Act, or H.R. 1, was approved by a vote of 227-205 just two weeks after it was introduced. The legislation would have a significant impact on a wide range of industries including technology, energy, pharmaceuticals and real estate, but lawmakers must first iron out differences between the House bill and a companion version under consideration in the Senate.

Democrats dubbed the tax plan a “tax scam” that is being rushed through the legislative process to provide the most benefits to corporations, upper-income earners and President Donald Trump himself. House Republican leaders, meanwhile, said the bill would benefit the middle class, grow the economy and boost jobs.

“This bill is about — for the first time in decades — providing the American people with a simple and fair tax system,” House Ways and Means Chair Kevin Brady, R-Texas, said. “It’s about finally rewarding hard work, growing jobs and paychecks, and allowing Americans to keep more of their hard-earned money to use on whatever is important to them.”

The vote took place after Trump, who has pushed for the bill’s passage, delivered private remarks to the House Republican Conference at the U.S. Capitol.

The House bill would lower the top corporate rate of 35 percent to a flat 20 percent. Pass-through businesses, which pass their income on to owners to be taxed at individual rates as high as 39.6 percent, would see 30 percent of qualified business income taxed at a top rate of 25 percent.

A new 9 percent rate would also be introduced for the first $75,000 of pass-through business income earned by owners or shareholders making less than $150,000.

For multinational corporations, the bill would implement a territorial tax system, under which income earned abroad by U.S. parent corporations would not be taxed within the U.S. A company’s “foreign high returns,” which are frequently attributable to intangible property and risks, would be taxed at 10 percent, and a 20 percent excise tax would be imposed on payments from U.S. companies to foreign affiliates, with a credit for foreign taxes paid contingent upon the foreign affiliate's agreement to have those payments treated as effectively connected with a U.S. trade or business.

To encourage multinational corporations to bring already existing offshore profits to the U.S., a one-time repatriation tax of 14 percent for cash and 7 percent for illiquid assets would be permitted.

On the individual side, the bill would collapse the existing seven income tax brackets to four, with rates of 12 percent, 25 percent, 35 percent and 39.6 percent, and it would roughly double the standard deduction. The bill would also limit the home mortgage interest deduction to $500,000 for newly purchased homes; cap state and local property tax deductions at $10,000 while eliminating the deductions for other state and local taxes; and double estate tax exemptions for seven years before fully repealing the tax in 2025.

The bill would add approximately $1.44 trillion to the deficit, according to the Joint Committee on Taxation, Congress’ official nonpartisan scorekeeper for tax bills.

The ranking member of the House Ways and Means Committee, Rep. Richard Neal, D-Mass., labeled the bill as “H.R. 1 percent” before the vote and said that the benefits the richest 1 percent of the population would receive under the plan would not trickle down to middle-class workers.

“Republicans have produced a deeply flawed bill that will hurt the teacher who spends his own money to buy school supplies for their students, students trying to responsibly pay back their student loans, the wife trying to afford her husband’s Alzheimer’s care and the janitor who wants to retire with dignity so he can spoil his grandchildren,” Neal said. 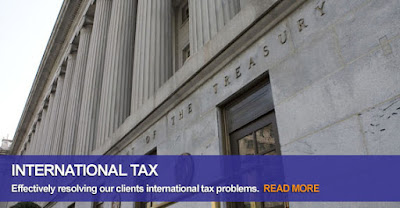