IRS Crack Down On Foreign Tax Credits For US Multinationals

IRS Crack Down On Foreign Tax Credits For US Multinationals

The U.S. Department of the Treasury revealed on September 15, 2016 that it is drafting rules to curb US Multinationals from obtaining US foreign tax credits as a result of foreign government's audits resulting in foreign tax adjustments for US Multinationals.
In Notice 2016-52, 2016-40 IRB, the IRS has announced that it intends to issue regs under Code Sec. 909 to address the separation of related income from foreign income taxes paid by a “section 902 corporation” pursuant to a foreign-initiated adjustment. The regs will identify two new “splitter arrangements,” one of which involves a change to ownership structure made in anticipation of the foreign-initiated adjustment, and the other of which involves making an extraordinary distribution before paying the adjustment so as to generate substantial amounts of foreign taxes deemed paid without a corresponding U.S. income inclusion.

On September 12, 2016, we posted US Probe Resulted In EU Apple Tax Assessment, where we discussed that the European Commission’s probe into Apple, which resulted in an order for the tech giant to pay up to €13 billion ($14.5 billion) in back taxes to Ireland, was prompted by a U.S. Senate investigation, European Union Competition Commissioner Margrethe Vestager said on Friday.
The commission ordered Ireland to collect a staggering $14.5 billion in back taxes from Apple, and the Treasury said on September 15, 2016 that it now wants to prevent companies from taking steps to separate their foreign income tax for prior taxable years from the income the tax relates to. 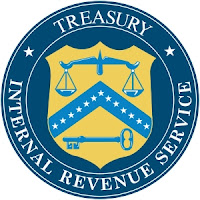 The Treasury notice took direct aim at the European Union’s push to have its member states collect more taxes from U.S. companies’ overseas units, Treasury officials said they’re writing new rules that would restrict how corporations can use credits on their foreign tax payments to reduce their U.S. tax bills. The official notice puts corporate tax planners on notice that officials will challenge any strategies that violate their intended rules.

Corporations may also make extraordinary distributions, so that undistributed earnings can be used to inflate the amount of foreign taxes paid, without repatriating the earnings and including them in U.S. taxable income, the Treasury said.

On order to prevent so-called splitter arrangements, or the separation of creditable foreign taxes from the underlying related income, the IRS is considering deferring the right to claim credits until the related income is included in U.S. taxable income.

Have a Foreign Tax Credit Problem?