A real estate developer willfully failed to report an overseas bank account to the Internal Revenue Service and is responsible for $456,000 in penalties, a Texas federal court found on June 11,2019.
Defendant Edward Flume is a U.S. citizen who has lived and worked in Mexico since 1990. A savvy businessman, Flume has successfully parlayed his background in Texas real estate into a range of enterprises and investments in Mexico.
During the 1990s, Flume owned forty-two Whataburger franchises in Mexico and oversaw a total of approximately 1,500 employees. To operate the franchises, Flume and a U.S.-citizen business partner incorporated Franchise Food Services de Mexico S.A. de C.V. (FFM), a Mexican limited liability stock corporation.
Flume sold the Whataburger franchises in the late 1990s. (RT1 66:11–13.) Since then, Flume, together with his wife Martha, business partner Victor Mendez Tornell, and Tornell’s wife, has developed residential real estate in Guadalajara and San Miguel de Allende.
In 1999, the Flumes became clients of Leonard Purcell’s Mexico City-based tax-preparation firm. In each tax year at issue, either Purcell himself or his employee, Adriana Bautista Luna, prepared the Flumes’ U.S. tax returns.
To manage his real estate projects, Flume incorporated Wilshire Holdings, Inc. in the Bahamas in 2000. The following year, Flume reincorporated Wilshire Holdings in Belize, a country identified by IRS Agent Raphaelle Johnson as a “tax haven” that “advertises that they don’t cooperate with the U.S. authorities” in civil tax investigations.
At trial, Flume testified that he moved the company to Belize because “the Bahamas was becoming too restrictive or didn’t allow these accounts.” Flume was the incorporator, president, and sole director of Wilshire Holdings.

In 2005, Flume opened an account at Swiss UBS in Wilshire’s name. According to UBS’s account-opening documents, the purpose of the account was to manage the Flumes’ retirement funds. Flume and his wife were the only people with signature authority over the account, and together they owned all of Wilshire’s stock.
Upon opening the account, Flume signed a waiver of the right to invest in U.S. securities, a choice Agent Johnson suggested indicated a desire to hide the account from the IRS. The Flumes maintained a personal credit card linked to the UBS account and, beginning in 2008, they transferred large amounts of money from the UBS account to their personal Banco Monex account. Flume testified at trial that he opened the UBS account without the knowledge or assistance of his tax preparers, although he stated that he “probably” told them about the account after it was opened. Instead, he opened the UBS account on the advice of a Mexico-based UBS account representative whom he met through a mutual friend.
Despite having a legal obligation to do so, Flume failed to report his financial interest in the UBS account to the IRS in both 2007 and 2008. In 2007, the average monthly balance of the UBS account was $899,342.02; in 2008, its average monthly balance was $718,811.24. By mid-2008, Flume had become aware that the IRS was investigating UBS’s involvement in tax evasion on behalf of its American clients. Flume soon began transferring all his assets out of the UBS account. First, he directed the transfer of $245,000 into Wilshire’s Laredo National Bank account, almost all of which he then moved to his personal Banco Monex account. Flume then moved the UBS  account’s remaining balance into a Fidelity account in the United States, most of which he subsequently transferred to himself as well.
In 2010, UBS ended its longtime nondisclosure practice and agreed to comply with an IRS summons by releasing the names of its American clients—among them Edward Flume—to the IRS. As part of a deferred prosecution agreement with U.S. law enforcement, UBS had announced in early 2009 that it would no longer provide offshore banking services to Americans. 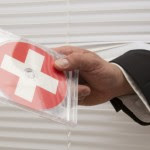 In June of 2010, Flume filed delinquent FBARs for tax years 2006 through 2009. Even then, however, he significantly underrepresented the value of his UBS account. Moreover, despite being eligible, Flume did not apply to the IRS’s Offshore Voluntary Disclosure Initiative (OVDI), which could have reduced his financial liability in exchange for full disclosure of the Swiss account.  Flume’s tardy efforts at transfer and disclosure were insufficient to avoid IRS scrutiny. 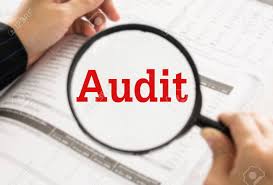 Upon receiving Flume’s records from UBS, IRS agent Raphaelle Johnson began an examination of his tax filings. Johnson’s investigation had three components, each of which resulted in a separate penalty assessment against Flume.
1.    First, Johnson determined that the Flumes had underreported their income in tax years 2006 through 2009. The Flumes settled the 2009 assessment out of court but proceeded to trial in Tax Court on the remaining penalties. The Tax Court has not yet issued an opinion in that case.
2.    Second, Johnson determined that Flume had violated his obligation to file international information returns on his holdings in FFM and Wilshire. Following a trial, the Tax Court upheld the penalties assessed against him. and
3.    Finally, and most relevant here, Johnson found that Flume had failed to file timely FBARs for his Swiss bank account in 2007 and 2008.
In 2014, the IRS determined that Flume’s filing failures were a willful attempt to avoid U.S. taxation and assessed penalties of $456,509.00. When Flume did not pay, the Government instituted this action to collect those penalties, plus accrued interest, late payment penalties, and other fees.
In defense, Flume claims that his filing failures were inadvertent because he had no knowledge of the FBAR requirement until 2010, when he attended a financial seminar for American expatriates in San Miguel. By Flume’s account, he called Purcell immediately after the seminar, and Purcell “coached” him on how to file the delinquent FBARs and what to include in a letter to the Treasury Department requesting leniency from tax authorities.
At trial, Purcell and Luna, who together prepared Flume’s personal income tax returns from 1999 to 2010, both testified that Flume never disclosed the Swiss UBS account to them. They stated they had never seen Wilshire’s general ledgers listing the UBS account balance, which were prepared by a bookkeeper in San Miguel. Purcell and Luna further testified that they sent all their clients, including Flume, a form letter each year reminding them of their obligation to report all foreign bank accounts and financial interests.
Purcell and Luna both explained that because Flume’s Banco Monex account was the only non-U.S. account they were aware of, they marked “Mexico” on Schedule B of his tax returns. However, because Flume never asked them to prepare an FBAR for him—a separate service that would have incurred a separate fee—they assumed he wished to fill the forms out himself, as many of their other clients did.
In this case, the parties stipulated that only the sixth element—willfulness—was in dispute. A defendant willfully violates the reporting requirement “when he either knowingly or recklessly fails to file” an FBAR. Bedrosian v. United States, 912 F.3d 144, 152 (3d Cir. 2018). That is, he either knows the statute applies to him and chooses to violate it, or he engages in conduct “entailing ‘an unjustifiably high risk of harm that is either known or so obvious that it should be known.’” Id. at 153 (quoting Safeco Ins. Co. of Am. v. Burr, 551 U.S. 47, 68 (2007)).
With respect to IRS requirements in particular, a person acts recklessly when he “(1) clearly ought to have known that (2) there was a grave risk that the filing requirement was not being met and if (3) he was in a position to find out for certain very easily.” Id. (internal alterations omitted) (quoting United States v. Vespe, 868 F.2d 1328, 1335 (3d Cir.1989)).

Willful blindness—as where a defendant consciously chooses to avoid learning about reporting requirements—is also a form of recklessness. See United States v. Williams, 489 F. App’x 655, 659 (4th Cir. 2012); Flume, 2018 WL 4378161, at *7 & *8 n.15.
Having considered the case law, the evidence in the record, and the witnesses’ testimony at trial, the Court concluded that Flume’s 2007 and 2008 FBAR filing failures were willful within the meaning of 31 U.S.C. § 5314.
Flume’s attempt to blame Purcell and Luna for his filing failures is unavailing.  Given his large international holdings and complex business arrangements, Flume was reckless in failing to investigate the credentials of the people he claims to have entrusted with his tax liability.
For the foregoing reasons, the Court finds that Defendant Edward Flume willfully failed
to disclose his interest in a foreign bank account in tax years 2007 and 2008. The IRS’s
assessment of $456,509.00 in penalties is therefore proper.
Do You Have Undeclared Income
From An Offshore Bank ?