IRS Spent $380 Million on FATCA but took NO Action Against Offshore Tax Dodgers?

IRS Spent $380 Million on FATCA but took NO Action Against Offshore Tax Dodgers?

What Happened To The FATCA  Wrecking Ball?

Despite pouring nearly $380 million into a new tax enforcement initiative, the U.S. government took “limited or no action’’ in its campaign to battle secretive offshore holdings used to dodge taxes, according to a new report by a federal watchdog.

The Treasury Inspector General for Tax Administration (TIGTA) report paints a bleak picture of the agency’s ability to enforce a landmark Obama-era law meant to reign in shady offshore holdings by collecting information on foreign accounts directly from banks and other financial institutions. 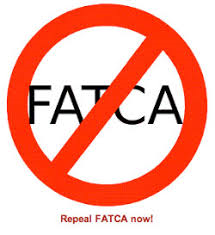 Instead of ushering in a new era of tough scrutiny on offshore hideaways, the report says the new law produced a mountain of error-laden paperwork that the Internal Revenue Service (IRS) is struggling to validate, while some of the most important aspects of the agency’s responsibilities under the law have languished.

As the International Consortium of Investigative Journalists and its partners have reported, the offshore financial services sector represents a major contributor to growing global inequality, allowing the ultra-rich to play by a different set of rules to keep their money out of public coffers.

Known as the Foreign Account Tax Compliance Act, or FATCA, the offshore tax law was passed by Congress in 2010 in response to the proliferation of secret offshore activity. The law requires foreign financial institutions to identify their American clients and turn information regarding those clients over to the IRS. The IRS hoped U.S. taxpayers hiding money abroad would declare their assets for fear of being ratted out by their agents.

And, after the law’s original passage, the rate of Americans renouncing their citizenship, and thus no longer subject to FATCA’s tax provisions, accelerated after the law’s passage, according to Bloomberg News. But such extremes measures may have been unnecessary.

The TIGTA Determined the IRS Had Taken “Limited or No Action on a Majority” of Measures to Enforce the Offshore Tax Law Included in a So-Called “Compliance Roadmap.”

Responding to the TIGTA’s report, the IRS said that the roadmap was “not intended to be a comprehensive compliance plan” and that the planning document “could not envision future policy changes.” The IRS said the “report leaves the reader with the incorrect impression that FATCA is not being enforced.” 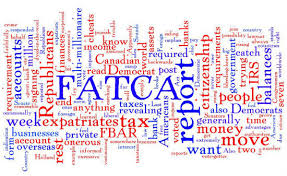 Despite this, the IRS did agree to adopt four of the report’s six recommendations for improving its FATCA enforcement. Central to the law is the enforcement of a 30 percent withholding tax that Americans must often pay on income flowing into a foreign account. The report’s authors claimed the IRS hadn’t used the new law in a single enforcement action on the withholding tax until they provided to the agency with feedback.

The law’s proper implementation rests on the IRS receiving accurate information from the financial institutions that provide details on foreign accounts. Yet, the report states that the related paperwork the IRS has received is rife with faulty taxpayer identification numbers. Among TIGTA’s recommendations that the IRS agreed to adopt is a pledge to address errors in paperwork.

In recent years, large staffing cuts have plagued the IRS’s efforts to collect taxes it is owed. In an interview with ICIJ in December, John Koskinen, the recently-departed commissioner of the IRS said:

“The Cuts in the IRS Budget Have Ramifications... I’m Concerned That the Resource Constraints Make Us Less Effective and Ultimately People Are Going to Worry about Whether the Tax System Is Fair.”

for FREE Tax HELP ... Contact Us at:
www.TaxAid.com or www.OVDPLaw.com or