The Internal Revenue Service has expanded its Voluntary Classification Settlement Program (VCSP), paving the way for more taxpayers to take advantage of this low-cost option for achieving certainty under the law by reclassifying their workers as employees for future tax periods.

The IRS is modifying several eligibility requirements, thus making it possible for many more interested employers, especially larger ones, to apply for this program. Thus far, nearly 1,000 employers have applied for the VCSP, which provides partial relief from federal payroll taxes for eligible employers who are treating their workers or a class or group of workers as independent contractors or other nonemployees and now want to treat them as employees. Businesses, tax-exempt organizations and government entities may qualify.

Under the revamped program, employers under IRS audit, other than an employment tax audit, can qualify for the VCSP. Furthermore, employers accepted into the program will no longer be subject to a special six-year statute of limitations, rather than the usual three years that normally applies to payroll taxes. These and other permanent modifications to the program are described in Announcement 2012-45 and in questions and answers, posted on IRS.gov.

Normally, employers are barred from the VCSP if they failed to file required Forms 1099 with respect to workers they are seeking to reclassify for the past three years. However, for the next few months, until June 30, 2013, the IRS is waiving this eligibility requirement. Details on this temporary change are in Announcement 2012-46. 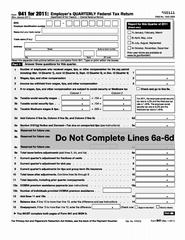 To be eligible for the VCSP, an employer must currently be treating the workers as nonemployees; consistently have treated the workers in the past as nonemployees, including having filed any required Forms 1099; and not currently be under audit on payroll tax issues by the IRS. In addition, the employer cannot currently be under audit by the Department of Labor or a state agency concerning the classification of these workers or contesting the classification of the workers in court.
Interested employers can apply for the program by filing Form 8952, Application for Voluntary Classification Settlement Program, at least 60 days before they want to begin treating the workers as employees.

Employers accepted into the program will generally pay an amount effectively equaling just over one percent of the wages paid to the reclassified workers for the past year.

No interest or penalties will be due, and the employers will not be audited on payroll taxes related to these workers for prior years.

Employers applying for the temporary relief program available for those who failed to file Forms 1099 will pay a slightly higher amount, plus some penalties, and will need to file any unfiled Forms 1099 for the workers they are seeking to reclassify.

Employee Characterization of your Independent  Contractors Keeping You Awake at Night?
Contact the Tax Lawyers at Marini & Associates, P.A.