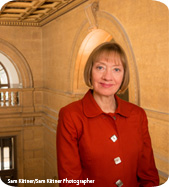 On January 6, 2016 National Taxpayer Advocate Nina E. Olson today released her 2015 annual report to Congress, expressing concern that the IRS may be on the verge of dramatically scaling back telephone and face-to-face service it has provided for decades to assist the nation’s 150 million individual taxpayers and 11 million business entities in complying with their tax obligations.  In 2015, the IRS answered less than half of the calls that came into its practitioner priority service line, and average wait times on the line grew to longer than 45 minutes, according to the report. That is a drastic reduction in service since 2011, when 80 percent of calls were answered and the average wait time was only about 13 minutes, it said.
The report reiterates a recommendation the Advocate made in June that the IRS release its “Future State” plan documents, provide additional detail about their anticipated impact on taxpayer service operations, and solicit comments from the public.  The report also recommends that Congress conduct oversight hearings on the plan.

1. The Future State Plan.  Since 2014, the IRS has invested substantial resources to develop a Future State plan, which has involved significant participation by virtually all IRS business units and the engagement of management consultants, at a cost of several million dollars.  To date, the IRS has chosen not to make the plan public.
The Advocate’s report says there are many positive components to the plan, including the stated goal of creating online taxpayer accounts through which taxpayers will be able to obtain information and interact with the IRS.  The report also acknowledges that cuts to the IRS budget – about 19 percent in inflation-adjusted terms since fiscal year (FY) 2010 – have forced the IRS to explore cheaper service options.
2. Reduced Service Levels.  The Advocate expresses particular concern about IRS intentions regarding what is not stated in the plan.  “Implicit in the plan – and explicit in internal discussion – is an intention on the part of the IRS to substantially reduce telephone and face-to-face interaction with taxpayers,” the report says.  “The key unanswered question is by how much. . .It is incumbent upon the IRS to be much more specific about how much personal taxpayer assistance it expects to provide in its ‘future state.’”
The report says the IRS appears to presume taxpayer interactions with the IRS through online accounts will address a high percentage of taxpayer needs, enabling it to curtail existing taxpayer services without significantly impacting taxpayers.  The Future State plan also calls for expanding the role of tax return preparers and tax software companies in providing taxpayer assistance – an approach that likely would increase compliance costs for millions of taxpayers who now obtain that assistance from the IRS for free.
The IRS Future State plan could transform the role the agency has long played in helping taxpayers comply with their tax obligations, the report says.  The IRS historically has maintained a robust customer service telephone operation that, in every year since FY 2008, has received more than 100 million taxpayer telephone calls, as well as a network of nearly 400 walk-in sites that, in every year for over a decade, has provided face-to-face assistance to more than five million taxpayers.

Online accounts are likely to reduce taxpayer demand for telephone and face-to-face interaction to some degree but are unlikely to be useful in addressing complex account-specific matters, the report says. “This is true for several reasons, including that millions of taxpayers do not have Internet access, millions of taxpayers with Internet access do not feel comfortable trying to resolve important financial matters over the Internet, and many taxpayer problems are not ‘cookie cutter,’ thus requiring a degree of back-and-forth discussion that is better suited for conversation.”  Last year, more than 9 million taxpayers either received post-filing IRS notices proposing to adjust their tax or experienced refund delays, all matters that are account-specific.
Technology improvements often do not reduce demand for personal service to the extent expected, the report says. For example, the IRS over the past decade has increased the individual tax return e-filing rate from 54 percent to 85 percent, enhanced the Where’s My Refund?tool, and added substantial content to IRS.gov, yet the number of taxpayer calls to its customer service lines has increased by 59 percent.  Similarly, the report cites a recent Federal Reserve survey in which 72 percent of mobile banking customers reported they had visited a branch and spoken with a teller an average of two times within the preceding month. The report says customers often use online service as a supplement to, rather than a substitute for, personal service, particularly for complex matters.
In recent years, the IRS has already begun to reduce taxpayer services, including by declaring all but simple tax-law questions “out of scope” for the IRS to answer during the filing season; declaring it will not answer any tax-law questions after the filing season (including questions from millions of taxpayers with proper extensions of time to file); eliminating preparation of tax returns in its walk-in sites; and eliminating an online program that allowed taxpayers to submit questions electronically.
3. Need for Transparency.  “We believe it is critical that the IRS share its plans in detail with Congress and outside stakeholders and then engage in a dialogue about the extent to which it intends to curtail or eliminate various categories of telephone service and face-to-face service, whether it will provide sufficient support for taxpayers – and how – as it transitions to its future state, and whether it has an adequate ‘Plan B’ if taxpayer demand for telephone and face-to-face service remains higher than the IRS anticipates,” the report says.
In releasing the report, Olson emphasized that Congress has repeatedly shown support for high-quality taxpayer service.  In the IRS Restructuring and Reform Act of 1998, Congress directed the IRS to “review and restate its mission to place a greater emphasis on serving the public and meeting taxpayers’ needs.”  Added Olson:  “The fact that Congress just last month provided the IRS with an additional $290 million in funding for taxpayer assistance and codified the provisions of the Taxpayer Bill of Rights, including The Right to Quality Service, demonstrates that Members of Congress continue to believe taxpayer service should be strengthened, not reduced,” Olson said.


4. “Pay to Play” Tax System.  Olson characterized the combination of reductions in personal service and the IRS’s plans to direct taxpayers with questions to preparers and other third parties (along with the expansion of user fees, discussed below) as creating a “pay to play” tax system, where only taxpayers who can afford to pay for tax advice will receive personal service, while others will be left struggling for themselves.

5. Data Security Concerns.  Olson also warned about the consequences of giving tax return preparers more access to taxpayer accounts.  “When you give that access to unregulated preparers or to other third parties, I have significant concerns.  We already see the problems in this population of preparers relating to the Earned Income Tax Credit (EITC), where certain unregulated, untrained preparers prey on vulnerable taxpayers.  Why would we want to give these preparers even more access to taxpayer information?  And yet, if we don’t provide these preparers access to taxpayer accounts, it is very likely the tens of millions of taxpayers who use these preparers won’t be able to or won’t want to utilize their own online accounts, thereby carving a big hole in the IRS’s online strategy.  Thus, through a single-minded emphasis on online accounts, the IRS creates a situation where it will face enormous pressure to open up taxpayer account access to unregulated return preparers.”
6. Need for More Details and Public Discussion.  Because the contemplated reductions in service are significant yet undefined, Olson called on the IRS in her FY 2016 Objectives Report to Congress to release its plans and solicit taxpayer comments.  The new report again recommends that the IRS immediately publish its plan and seek public comments.  “U.S. taxpayers pay the bills for our government.  U.S. taxpayers deserve a say in how the tax collection agency will treat them,” the report says.
The report also recommends that Congress hold hearings on the future state of IRS operations so it can obtain more specific information about the IRS’s plans and have an opportunity to weigh in.
Said Olson:  “This has been a difficult report to write because while the intent to reduce telephone and face-to-face service has been a central assumption in the Future State planning process, little about service reductions has been committed to writing.  Therefore, it is impossible to describe the scope of contemplated reductions with specificity.  If there is good news here, it is that the IRS has not formally committed itself to the service reductions we understand to be contemplated.  I am hopeful the IRS will make the plan public, present its perspective on tradeoffs, seek public comments, and ultimately make a commitment to continue to maintain existing telephone and face-to-face services for the millions of U.S. taxpayers who rely on them.”
7. National Taxpayer Advocate to Hold Public Hearings on Taxpayer Service Needs.  “For the IRS to do its job well, it must start from the perspective of what government is about – namely, it is of the people, by the people, and for the people,” Olson wrote.  “The government is funded by taxes paid by the people.  Therefore, the future state vision of the IRS needs to be designed around the needs of the people.”  To assist the IRS in developing a plan that is responsive to the needs of U.S. taxpayers, Olson announced plans to conduct public hearings around the country in the coming months to which she plans to invite groups that represent the interests of individual taxpayers (including elderly, low income, disabled, and limited English proficiency taxpayers), sole proprietors, and other small businesses as well as Circular 230 practitioners and unenrolled tax return preparers to describe what they need from the IRS to help them comply with the tax laws.
Have A Tax Problem?