Online Poker Accounts Not Subject to FBAR But Payment Processing Account Is.

Online Poker Accounts Not Subject to FBAR But Payment Processing Account Is.

In U.S. v. Hom, (CA 9 7/26/2016), 118 AFTR 2d ¶ 2016-5057 the Court of Appeals for the Ninth Circuit, affirming in part and reversing in part a district court decision, has found that one of three accounts a taxpayer maintained to facilitate online poker was with a financial company and had to be reported on a Foreign Bank and Financial Accounts Report (FBAR).

However, the 2 online poker services, which created accounts for him in foreign countries,
weren't financial companies subject to FBAR reporting.

Under the Bank Secrecy Act, U.S. citizens must file an FBAR with the U.S. Treasury disclosing any financial account in a foreign country with assets in excess of $10,000 in which they have a financial interest or over which they have signatory or other authority. (31 USC 5314)

IRS assessed Hom with 31 USC 5321(a)(5) penalties for his failure to submit FBARs regarding his interest in his FirePay, PokerStars, and PartyPoker accounts. 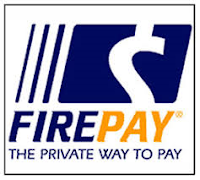 The district court found that Hom's accounts with FirePay, PokerStars, and PartyPoker had to be reported on an FBAR. (U.S. v. Hom, (DC CA 6/4/2014).

Hom admitted that he opened up all three accounts in his name, controlled access to the accounts, deposited money into the accounts, withdrew or transferred money from the accounts to other entities at will, and could carry a balance on the accounts. Thus, the district court held that FirePay, PokerStars, and PartyPoker functioned as banks, and Hom's online accounts with them were reportable.

As to whether the accounts were located in foreign countries, the district court agreed with IRS,“located in” refers to where the financial institution that created and managed the account is located. It said that it was irrelevant where PokerStars, FirePay, or PartyPoker opened their bank accounts; these accounts belonged to them, not Hom. Rather, his accounts were digital constructs that these financial institutions, all located outside of the U.S., created and maintained on his behalf. The court said that the Treasury had reasonably interpreted the statute in finding that an account's location is determined by the location of its host institution, not where the physical money might be stored after it is sent to a financial institution.

Hom appealed and the Ninth Circuit, agreed with the district court, that Hom's FirePay account fit within the definition of a financial institution for purposes of FBAR filing requirements because FirePay was a money transmitter under 31 USC 5312(a)(2) .

However, Unlike the District Court, the Ninth Circuit Found that Hom's PokerStars & PartyPoker Accounts
Did Not Fall Within the Definition of a
“Bank, Securities, or Other Financial Account.”

The Court reasoned that FirePay acted as an intermediary between Hom's Wells Fargo account and the online poker sites. Hom could carry a balance in his FirePay account, and he could transfer his FirePay funds to either his Wells Fargo account or his online poker accounts. It also appeared that FirePay charged fees to transfer funds. As such, FirePay acted as “a licensed sender of money or any other person who engages as a business in the transmission of funds” under 31 USC 5312(a)(2)(R), and so qualified as a “financial institution.”

Hom's FirePay account was also “in a foreign country” because FirePay was located in and regulated by the United Kingdom. The Court referenced IRS's FBAR Reference Guide (https://www.irs.gov/pub/irs-utl/irsfbarreferenceguide.pdf, (last visited July 19, 2016)): “Typically, a financial account that is maintained with a financial institution located outside of the United States is a foreign financial account.”

On the other hand, the Court found that PartyPoker and PokerStars primarily facilitated online gambling. Hom could carry a balance on his PokerStars account, and indeed he needed a certain balance in order to “sit” down to a poker game. But the funds were used to play poker, and there was no evidence that PokerStars served any other financial purpose for Hom. His PartyPoker account functioned in essentially same manner.

The Ninth Circuit rejected IRS's argument that these entities were functioning as banks. Because neither the statute nor the regs defined banking, the Court looked to the plain meaning of the term.

It determined that there was no evidence that PartyPoker and PokerStars were established for any of the purposes of a bank; it defined “bank” as an establishment for the custody, loan, exchange, or issue of money, for the extension of credit, and for facilitating the transmission of funds.

Rather, accounts at PartyPoker and PokerStars were established for the purpose of facilitating poker playing.

Do You Have an FBAR Problem?