OVDP Does Not Cause Green Card Holders To Be Deported.

OVDP Does Not Cause Green Card Holders To Be Deported.

On Tuesday, February 21, 2012, we posted Filing False Returns is a Deportable Felony - Supreme Court, where we discussed that the U.S. Supreme Court Feb. 21, 2012 decided that lawful permanent residents who have pled guilty to charges related to the filing of false tax returns that resulted in a loss to the government of more than $10,000 have committed aggravated felonies involving fraud or deceit and are subject to deportation (Kawashima v. Holder, U.S., No. 10-577, 2/21/12).

Then we posted about the Kawashima Case where the Petitioners Akio and Fusako Kawashima (“the Kawashimas”) where Japanese natives and citizens, but were lawful permanent residents of the United States (Green Card Holders) since 1984.

The Kawashimas established a successful restaurant in California, owned by Nihon Seibutsu Kagaku Center, Inc., a corporation in which Mr. Akio Kawashima owns shares. In 1992, Mr. Kawashima signed the 1991 corporate tax return for Nihon Seibutsu Kagaku Center, Inc. In 1997, because of that signature, Mr. Kawashima pled guilty to “subscribing to a false statement on a tax return,” a violation of IRC §7206(1), and stipulated that the total actual tax loss was $245,126. At the same time, Mrs. Fusako Kawashima pled guilty to “aiding and assisting in the preparation of a false tax return,” a violation of IRC §7206(2).
He made his deal with the IRS and paid substantial penalties for his transgressions. Then four years later, the Immigration and Naturalization Service (“INS”) informed the Kawashimas that their convictions constituted aggravated felonies under 8 U.S.C. § 1101(a)(43)(M)(i).
Pursuant to this determination, the couple was subject to deportation since the crime that they had committed was considered an aggravated felony.
Where you voluntarily come into compliance pursuant to the OVDP program, you will not be pleading guilty to any tax crimes and therefore you should not be subject to deportation under US immigration rules, as you will not have committed any deportable aggravated felony!
Are You a Green Card Holder?

Do You Have Unreported Income From
Foreign Bank Accounts?

Do You Want To Stay in the US? 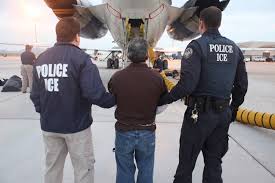