Partner-Level CDP Case Can Be Revied by the Tax Court

Partner-Level CDP Case Can Be Revied by the Tax Court

The Tax Court in McNeill, 148 TC No. 23 (2017), held that it has jurisdiction under Section 6330(d)(1) to review a notice of determination when the underlying tax liability consists of a penalty relating to an adjustment to a partnership item excluded from deficiency procedures by Section 6230(a)(2)(A)(i).

The taxpayer was a partner in a partnership, which was used to invest in a distressed asset/debtor (DAD) tax shelter. The partnership was subject to the unified audit and litigation procedures of Sections 6221-6234, commonly referred to as the TEFRA provisions. The IRS issued the partners a notice of final partnership administrative adjustment (FPAA) for 2003, reflecting an $11.5 million adjustment to partnership items and imposing an accuracy-related penalty under Section 6662 in regard to a claimed loss from the DAD transaction. 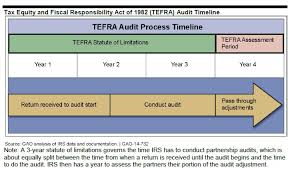 The taxpayer filed a partner-level proceeding in the district court and made a payment satisfying the deficiency and interest but not the Section 6662 penalty. The proceeding was dismissed without a ruling on the partner-level defenses to the penalty.

The IRS sent the taxpayer and his spouse, as joint filers, a Form 3552, Corrections of Math Errors on Returns Involving Quick and Prompt Assessments, showing a penalty of $1.5 million plus accruing interest.

The IRS also later issued a notice and demand for payment, a notice of intent to levy, and a federal tax lien filing to collect the accuracy-related penalty.

Shortly thereafter, the taxpayers submitted a request for a collection due process (CDP) hearing challenging the Section 6662 penalty. The IRS sustained the collection actions against the taxpayers and the couple timely petitioned the Tax Court. 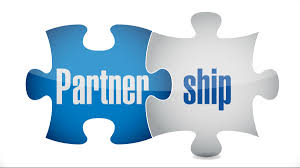 The Tax Court noted that, under the TEFRA rules, the court would not have jurisdiction to review the penalty asserted against the taxpayers where it was based on a partnership-level adjustment to partnership items. However, it found that, in 2006, Congress expanded the Tax Court's jurisdiction in CDP cases where it otherwise lacked jurisdiction over the underlying liability. Specifically, Section 6330(d)(1), as amended by the Pension Protection Act of 2006 (PPA), expanded the court's jurisdiction to review all notices of determination issued under Section 6330 (and Section 6320 via a cross-reference in Section 6320(c)).

The court concluded that, as amended, Section 6330(d)(1) provides it with exclusive jurisdiction over CDP cases. Further, the court noted that, on multiple occasions, it has addressed the expansion of its jurisdiction to include review of collection determinations regardless of the type of underlying liability. In each of those cases, the court concluded that although it lacked original jurisdiction over the underlying liability, nonetheless had exclusive jurisdiction to review appeals from the Service's lien and levy determinations.

The court also said that Congress created the CDP process to provide taxpayers who are confronted with a lien filing or a proposed levy the opportunity to contest that collection action before the IRS proceeds to collect the outstanding tax liability. The court stated that it follows that when Congress amended Section 6330 in 2006, making the Tax Court the exclusive venue for review of CDP cases, its intent was not to preclude from review certain issues not subject to the court's deficiency jurisdiction.

Thus, the court concluded that the taxpayers' accuracy-related penalty was another example of an item not subject to the Tax Court's deficiency jurisdiction under Section 6221 but, nonetheless, reviewable by the court in the context of its Section 6330 jurisdiction.

Do You Penalty Abatement Advice?