According to the DOJ a Collinsville, Virginia pharmacist pleaded guilty to failing to account for and pay over employment taxes, announced Principal Deputy Assistant Attorney General Richard E. Zuckerman of the Justice Department’s Tax Division and U.S. Thomas T. Cullen for the Western District of Virginia.

According to court documents, Jerry R. Harper, Jr., 61, owned and operated Family Discount Pharmacy, Inc. (FDP) in Stanleytown, Virginia, with multiple locations in Stuart, Rocky Mount, Chatham, and Brosville, Virginia.  As owner of FDP, Harper was responsible for collecting and paying over FDP’s employment taxes.
From 1998 through 2014, FDP Accrued Employment Tax Liabilities of More Than $5 Million.

Harper Withheld These Taxes from FDP Employees’ Wages, but Did Not Pay the Taxes to the Internal Revenue Service. 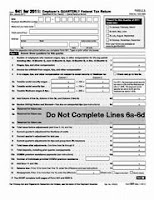 In over 15 years, Harper only filed one employment tax return with the IRS.
Harper admitted that instead of providing the employment taxes to the IRS, he caused FDP to pay his personal expenses.  For example, Harper wired over $1 million to his personal bank account, made over $500,000 in stock market investments, spent over $100,000 on his son’s pharmacy school tuition, and purchased over $370,000 of real property in Virginia and North Carolina.  Harper also used part of the money to purchase a Jeep Grand Cherokee and a jet ski.
“Today’s Guilty Plea Sends a Clear Message That This Type of Conduct Will Not Be Tolerated,”
Said Principal Deputy Assistant Attorney General Zuckerman.
“Employment tax violations represent tens of billions of dollars in lost revenue to the U.S. Treasury and the Justice Department is committed to prosecuting individuals involved in these tax frauds.”
On November 16, 2018 He Was Sentenced to 41 Months inPrison for Failing to Account for and Pay over Employment Taxes.
﻿
In addition to the term of imprisonment, he war ordered to serve 2 years of supervised release and to pay restitution in the amount of $5,069,555.73 and a fine of $25,000.00.
Have a Criminal Tax Problem?