According to Law360 The Third Circuit on March 16, 2018 declined to overturn a plastic surgeon's three-year prison sentence and $96,000 fine for tax evasion and was unswayed by his argument that the trial court erred in excluding evidence that he eventually paid the tax.

The appeals court, in a 2-1 ruling, said the New Jersey federal court didn’t abuse its discretion by excluding evidence that David Evdokimow eventually paid his outstanding tax debt. Allowing the government’s comments on that subject in its closing argument similarly didn’t constitute an abuse of discretion, the opinion said.

Evdokimow had argued the comments implied to the jury that his tax debt remained outstanding at the time of trial, which was not the case, and had asked for a jury instruction that he paid his taxes prior to his indictment, which the district court also denied.

Oh Well There Are No Make Overs in Tax Fraud Litigation!
Starting in 2006, Evdokimow hired John Wright and Ginger Sweeton to help him make financial arrangements to reduce his taxes. The three put in place a scheme involving the creation of shell corporations to which Evdokimow, a plastic surgeon, transferred proceeds from his practice. He then used the funds to pay his personal expenses, the appeals court said.

Once Evdokimow transferred money from his practice to the corporations, he claimed those transfers as business expenses on both his personal tax returns and the business tax returns for his company, De’Omilia Plastic Surgery, reducing taxable income for himself and his practice, the ruling said. The court described additional tax-dodging practices by Evdokimow, such as paying part of his employees’ salaries through checks purportedly written as bonuses or for reimbursement of expenses from which no taxes had been withheld.

As a Result of the Scheme, Between 2006 and 2010, Evdokimow and His Company Together Failed to Report More Than $11.7 Million in Income, Resulting in Nearly $3 Million in Unpaid Taxes!!!
The appeals court also noted that the jury “heard extensive evidence that contradicted Evdokimow’s accountant that he was unaware of and uninvolved in the tax fraud,” including evidence from his former office manager, who said he ignored warnings from his former accountant not to involve himself with Wright and Sweeton.

The appeals court found no basis to conclude the district court abused its discretion and upheld the $96,000 fine and the three-year prison sentence.

The case is United States of America v. David Evdokimow, case number 15-3876, in the U.S. Court of Appeals for the Third Circuit.

Have a Criminal IRS Tax Problem? 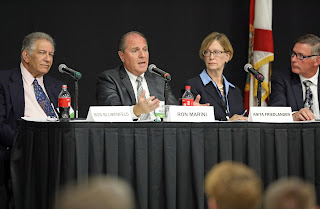