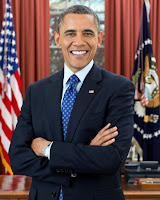 The Administration and Treasury Department released a joint report titled “The President's Framework for Business Tax Reform: An Update,” which is an updated version of their 2012 proposal. In addition to providing the President's vision for tax reform, the report includes recent figures to demonstrate the urgent need for such reform, including statutory vs. effective tax rates, effective rates broken down by industry, and global corporate tax rate trends.

This updated report emphasizes that “...the urgency of closing loopholes and reforming the tax system more broadly has grown” significantly since 2012, pointing to:

The report states that “[i]n the face of these challenges, inaction is not an option.”

Statutory vs. Effective Tax Rates. The U.S. has the highest statutory corporate tax rate among G-7 countries (Canada, France, Germany, Italy, Japan, the United Kingdom (U.K.), and U.S.) at 39%, with the average among the other six countries being 29.6%.
However, the report cautions that effective tax rates don't “give a complete picture of how the tax code affects decision making and the competitiveness of the U.S. economy and U.S. firms in world markets.”
The effective marginal tax rate in the U.S. is 18.1%, which is significantly closer to the 19.4% average marginal tax rate among the other six G-7 countries. The difference between the statutory and effective rates in the U.S. suggests that corporate tax reform should lower the statutory rate while broadening the base to maintain the same level of revenue. Eliminating loopholes and subsidies would “level the effective marginal tax rates,” and encourage decisions to be made for business and investment reasons instead of tax.
Distortions in Location of Production & Allocation of Products.Under the current rules, U.S. companies can reduce their tax by shifting their reported profits to lower-tax jurisdictions and/or engaging in corporate inversions (i.e., changing their tax residence to a low-tax country by merging with a foreign corporation). This causes economic distortions both from encouraging firms to invest and grow business activities abroad and by causing firms to spend their money on tax planning instead of productive investment.
The President's framework for business tax reform is intended to reduce tax distortions, including those discussed above, and to address problems with the current international tax system. include:

For more detail go to “The President's Framework for Business Tax Reform: An Update.

Want to Know How To Benefit From
This Tax Reform Proposal?