A district court has denied IRS's motion for summary judgment in a case dealing with the Code Sec. 6677 penalty for failure to file Form 3520, Annual Return To Report Transactions With Foreign Trusts and Receipt of Certain Foreign Gifts. The court concluded that there was a genuine issue of material fact about whether the taxpayer's accountant provided him with advice on which he reasonably relied in not filing the form.


If you have been unjustifiably Assessed a Tax Penenalty, contact the Tax Lawyers at Marini & Associates, P.A. for a FREE Tax Consultation at www.TaxAid.us or www.TaxLaw.ms or Toll Free at 888-8TaxAid (888 882-9243). 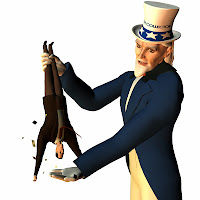 Plaintiff Brian Chivas James is a Sarasota physician specializing in pain management. In 2001, looking to protect his assets from potential malpractice claims, James proceeded to create an irrevocable foreign trust in Nevis, West Indies, with First Fidelity Trust Limited (FFT) as its trustee. James initially funded the trust in 2001 with a contribution of $192,000. He made additional contributions of $805,000 in 2002 and $607,146 in 2003.

James argues that his failure to file Form 3520 is the fault of his former accountant, George Famiglio. Famiglio had prepared James's personal and business taxes for a number of years, and James relied on Famiglio to properly oversee and advise him about the tax requirements of the foreign trust. According to James, he or his agent timely provided Famiglio with all appropriate trust documents and information, for each year in question, yet Famiglio failed to timely file Form 3520, and/or advise James that it should be filed. James further contends that he was personally unaware of the requirement to file Form 3520.

James argues that he acted prudently and with sound business judgment in engaging Famiglio to handle all issues related to the foreign trust, and that his accountant simply dropped the ball. Although James does not remember the details of most conversations he had with Famiglio, or any specific advice he received, he recalls that they "talked a pretty good bit" about the trust, and he believed at the time that "[Famiglio] had filed all the-everything required with the IRS." In short, James argues that he had "reasonable cause" in failing to file Form 3520 by reasonably relying on Famiglio.

The district court said it was clear that a taxpayer may reasonably rely on an expert's advice that no return is required; thus, if an expert erroneously advises him that no return is required, or erroneously advises him that it can be filed beyond the due date, reasonable cause may be found. The court pointed to these factors in deciding that there was a genuine issue of material fact about whether Famiglio provided Dr. James with advice upon which the latter reasonably relied:
In addition, the court pointed out that Famiglio prepared James's personal tax returns. On Schedule B of his Form 1040 tax returns, Famiglio answered “no” to the question asking whether the taxpayer received a distribution from, or was the grantor of or transferor to, a foreign trust. The court said that answering “no” to this question could be construed as Famiglio providing advice that Dr. James need not file Form 3520, advice upon which James could have potentially reasonably relied.
As a result, the court denied IRS's motion for summary judgment.