According to Law360, The U.S. Senate on July 17, 2019 approved three bilateral tax treaties with Switzerland, Luxembourg and Japan, one day after approving a treaty with Spain.
The Senate overwhelmingly approved the treaty protocols, which are, in part, designed to help prevent companies from being subject to double taxation. The Swiss treaty passed by a 95-2 vote, the Japanese treaty by a 95-2 vote, and Luxembourg was approved by a 93-3 vote.

The treaties were approved after years of inaction on the agreements, a development welcomed by a trade group that represents multinational corporations.

“Income tax treaties play a critical role in fostering U.S. bilateral trade and investment and protecting U.S. businesses, large and small, from double taxation of the income they earn from selling goods and services in foreign markets,” said Catherine Schultz, vice president for tax policy at the National Foreign Trade Council, which has been advocating passage of the tax treaties for years. 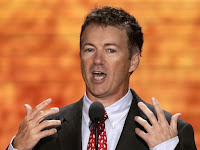 The treaties had been held up by Sen. Rand Paul, R-Ky., since he joined the chamber in 2011.
Speaking from the Senate floor before the vote on Spain’s treaty, Paul said that he believed the treaties’ latitude for intergovernmental information sharing was too broad and would risk the privacy rights of Americans living abroad.

Paul also said he had been engaged in productive talks with the U.S. Department of the Treasury to resolve his concerns until GOP leadership intervened in the conversation about the treaties. As a result of that intervention, Treasury lost its “zeal” to negotiate, Paul previously told Law360.

Paul was joined by Sen. Mike Lee, R-Utah, in voting against all four treaties. Sen. Dick Durbin, D-Ill., also voted against the tax treaty with Luxembourg.

Durbin, meanwhile, objected to the Senate's process of considering the treaty with Luxembourg rather than its content.

The fact that the Senate voted on the treaty 10 years after it was signed "is not an example of due diligence but rather unnecessary & embarrassing delay," Durbin said on Twitter.

Durbin did not immediately return a request for comment.

Now that the Senate has voted to approve the four tax treaties, attention at the committee level may now return to three others that are still pending:
those with Poland, Hungary and Chile.
The Senate Foreign Relations Committee delayed consideration of those three because of reservations requested by Treasury regarding the base erosion and anti-abuse tax provision created by the Tax Cuts and Jobs Act.

The U.S. may need to renegotiate treaties that are approved by the Senate with reservations, a concern that the committee's ranking member, Sen. Bob Menendez, D-N.J., expressed in a recent letter to Treasury.

But lawmakers remain committed to approving those treaties as well, Sen. Ben Cardin, D-Md., who sits on the Foreign Relations Committee, told Law360.