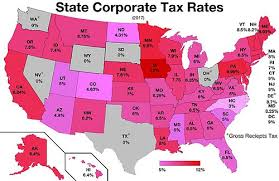 According to Law360, recent bills in Montana and Oregon that would require multinationals to report their global profits present a legally sound option for recouping tax revenue from overseas, but the method has a history of foreign resistance that could remain a challenge.

Although the U.S. Supreme Court affirmed worldwide combined reporting in multiple rulings from the late 1970s through the mid-1990s, the same factors that kept the method from catching on back then could prevent its revival today: political pressure from multinationals, the federal government and foreign trading partners.

“The U.S. Supreme Court has said very clearly [that] worldwide combined reporting is fine, but politically at the federal level, from dealing with our trading partners in other countries overseas, there’s a clear objection to this concept,” said Steve Wlodychak, a principal at EY in Washington, D.C. “That’s the reason it hasn’t been implemented.”

Worldwide combined reporting, also known as complete reporting, has largely been dormant since the 1990s. However, advocates for the approach have contended that the federal tax overhaul in 2017 missed the opportunity to enact measures to substantially reduce the cash that multinationals have booked offshore. As a result, the issue is left to individual states to address.

This argument was made in a report published on January 17, 2019 by U.S. PIRG Education Fund and other groups. The report A Simple Fix for a $17 Billion Loophole, finds that states could raise as much as $17 billion in additional revenue in one year by developing legislation that would make it harder for companies to avoid taxes by shifting profits into domestic or offshore tax havens. The simple fix is mandating that corporations pay taxes based on their total worldwide profits and where they are doing business. 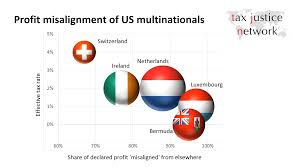 The report cited several estimates of lost revenue following the passage of the Tax Cuts and Jobs Act in December 2017, including the Congressional Budget Office’s forecast from April that said U.S. companies will continue to avoid taxes on roughly $300 billion in profits moved offshore each year.

Currently, 27 states and the District of Columbia have enacted combined reporting systems on the domestic level. The method requires multistate companies to add the profits of all subsidiaries and then report them to the state as if they were one entity, called a unitary business. The remaining states with a corporate income tax are “separate entity states.” In those, multistate corporations may report profits of each subsidiary one by one.

No state has worldwide reporting, except Alaska, which uses the method only for oil and gas companies, but that wasn’t always the case.

A number of states applied the unitary method to multinationals in the past, though California was by far the most economically significant of that group, according to a 2004 report from the state’s franchise tax board.

The report noted that the Supreme Court ruled on a number of issues related to the controversial approach from 1978 through 1983. In the latter year, the high court concluded that California could apply the unitary concept to the worldwide operations of a U.S.-based corporation. The case was called Container Corp. v. FTB .

“In the aftermath of Container, the multinationals and the foreign governments asserted pressure on the Ronald Reagan administration to undertake an active role in the resolution of the controversy,” according to the Franchise Tax Board. It noted that the end result was a report from a working group convened by then-U.S. Treasury Secretary Donald Regan.

“Almost immediately following the working group's report, a number of states enacted water's edge legislation,” according to the Franchise Tax Board, referring to a method that allows companies not to include foreign income in reports to states.

The water’s edge approach “was in response to demands from our trading partners overseas to correct the taxation at the state level that these companies in the U.K. and Canada, for example, objected to,” he said.

Evan Hoffman, the director of state government affairs at the Organization for International Investment, said the ever since the U.K. threatened retaliatory legislation in the 1980s, “states have gone to great lengths to prevent extraterritorial double taxation and ensure they remain economically competitive,” he said.

Although worldwide combined reporting is likely to face international pushback, proponents of the method have contended that it is viable from a legal and logistical level, and as a means for states to raise revenue that could appeal to constituents.

As for Montana and Oregon, worldwide combined reporting isn’t the only option the states are pursuing to recoup profits shifted offshore. Montana lawmakers in January also introduced a bill that would expand a list of countries the state considers to be tax havens, or jurisdictions with little or no taxation.

Montana is currently the only state that requires companies to include their U.S. profits held in offshore tax havens when calculating taxes. Oregon had a tax haven list, but repealed it in 2018 and instead decided to conform to provisions of the 2017 federal tax overhaul that allow for a one-time tax on repatriated income and for GILTI.

The paper published by the U.S. PIRG Education Fund and others last month noted that using the tax haven list approach allows Montana to collect more than $8 million per year in corporate taxes “that would have otherwise gone uncollected.”