The Court of Federal Claims, granted summary judgment in IRS' favor earlier this year, determining that a taxpayer's failure to file a Report of Foreign Bank and Foreign Accounts (FBAR or FinCEN Form 114 was willful and upheld IRS's imposition of a $697, 229 penalty, i.e., an amount greater than the $100,000 maximum set out in regs that have not been removed despite a statutory increase in the penalty amount.
﻿
The Court Found That The Revisions To The Statute Effectively Nullified The Contrary Regs.
See Kimble v. U.S., (Ct Fed Cl 12/27/2018) 122 AFTR 2d ¶2018-5544).

The penalty amounts described above reflect a 2004 law change that increased the maximum civil penalties that can be assessed for willful failure to file an FBAR. Before that change, the maximum penalty was $100,000. Regs that were promulgated before the statutory increase continue to reflect the former $100,000 maximum (as opposed to the "greater of $100,000 or 50%" maximum). (31 C.F.R. 1010.820(g)). There is currently disagreement amongst courts as to whether the 2004 statutory amendment invalidated the $100,000 cap established by 31 C.F.R 1010.820.

Alice Green, the taxpayer, is a U.S. citizen. Sometime prior to '80, her parents opened an investment account at the Union Bank of Switzerland (UBS account) and designated Alice as a joint owner.Alice's father was Jewish, and members of his family had been killed in the Holocaust. According to Alice, her father's intent with respect to the UBS account was to provide Alice with funds in case she needed to escape America. The money in the UBS account was only to be used in an emergency, and its existence was to be kept a secret.

Alice didn't report any investment income from either account on her original income tax returns from 2004 through 2008 despite having income each year. She also answered a question on those tax returns regarding the existence of reportable foreign financial accounts in the negative for three of those returns, and left the question blank on the fourth. The instructions for that question indicated that a "yes" answer would mean that an FBAR should be filed. Alice didn't file FBARs during these years.

In 2009, Alice applied, and was accepted, to the Offshore Voluntary Disclosure Program (OVDP). As part of her participation in the OVDP, in 2011, she filed amended tax returns for 2003 through 2008 reflecting the unreported investment income. On her 2007 amended returns, she also changed her answer to "yes" regarding the existence of a foreign account, but left it unchanged on the others.
She negotiated a closing agreement with IRS in 2012 that required her to pay the tax liability due as well as a $377,309 penalty.

She Decided Later To Withdraw From The OVDP,
On Account Of The Penalty Amount and
"Take Her Chances." 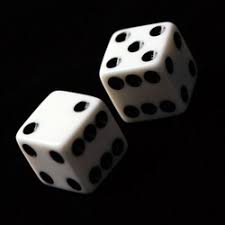 IRS began an examination in 2013 and concluded that Alice's failure to file an FBAR for 2007 was willful based on facts including the value of the UBS account, her repeated failure to disclose the accounts and income therefrom, her efforts to conceal their existence, and her active involvement with them. IRS recalculated the total penalty as $697,229, i.e., 50% of the UBS account balance in 2007 and assessed the penalty in 2016, which Alice paid in full then filed a claim for refund.

The Court of Federal Claims concluded that Alice's 2007 failure to file an FBAR was willful, finding that her actions were voluntary and that she knew of the requirement vis-a-vis her affirmative answer to the question on her amended 2007 return regarding the existence of foreign reportable accounts. In so holding, the Court rejected Alice's construction of the term "willfulness" as meaning criminal behavior and requiring more than a simple failure to check a box and file an FBAR, and found that Supreme Court precedent supported treating reckless conduct as "willful" for various purposes.

Finally, the Claims Court found that the $100,000 maximum in the regs was no longer valid in light of the new statutory maximum. The Court noted that IRS has stated, in the Internal Revenue Manual (IRM), that while its regs hadn't been revised to reflect the change in the penalty ceiling, the statute raising the maximum was "self-executing and the new penalty ceilings apply." (IRM § 4.26.16.4.5.1)

The Court found that the reasoning of recent district court cases reaching a contrary conclusion (e.g., U.S. v. Colliot, (DC TX) 121 AFTR 2d 2018-1834) conflicted with the reasoning of the Federal Circuit in Barseback Kraft AB v. U.S., (CA Fed Cir 1997) 121 F.3d 1475, which held that certain pricing regs, while not formally withdrawn, had been rendered invalid by an intervening law change.

Now Alice Kimble has asked the appeals court in a brief filed on April 30, 2019, to reverse the U.S. Court of Federal Claims’ ruling that she had willfully failed to disclose her account at UBS AG. She asked the court to decide that the Internal Revenue Service by law cannot impose a penalty of greater than $100,000 for willful failure to file a Foreign Bank and Financial Accounts report.

Do You Have Undeclared Income
From An Offshore Bank ?