A resident of College Station, Texas, pleaded guilty on May 26, 2017 to conspiring to defraud the United States by using offshore accounts in Panama to conceal more than $1.3 million in royalty income that she earned from oil wells.
According to documents and information provided to the court, Joyce Meads, 73, admitted that she filed false 1997 through 2009 individual income tax returns, omitting more than $1.3 million in royalty income that she received from oil wells. From approximately April 1997 through April 2010, she conspired with offshore promoters to disguise this income, setting up nominee companies in Delaware and Panama in the name of W.G. Holdings Corporation and transferring her interest in the oil wells to the nominee entity in Delaware. Meads’s monthly royalty checks were issued to W.G. Holdings.
For approximately a decade, Meads had her royalty checks sent to a Miami post office box where they were picked up, couriered to Panama and deposited into her nominee accounts. Meads repatriated funds by disguising them as scholarships or loans from W.G. Holdings to herself.
She later transferred the funds to bank accounts in her own name or her mother’s name. Meads admitted that she caused a tax loss of more than $250,000.
Two of the promoters who assisted Meads, Marc Harris of The Harris Organization, Republic of Panama, and Boyce Griffin of Offshore Management Alliance Ltd., Republic of Panama, have also been convicted of conspiracy and other charges and were previously sentenced to prison.
“As Today’s Plea Makes Clear - The Days of Safely Hiding Your Money Offshore Are Over!"
The Department continues to work with its law enforcement partners to find and hold accountable those who seek to evade paying their fair share of taxes.”
Sentencing is Scheduled for Aug. 4, 2017.  Meads Faces a Statutory Maximum Sentence of
Still Have Undeclared Income from Offshore Banks or Offshore Promoters? 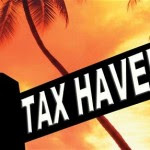 Want To Continue Enjoying Your Freedom?