We previously posted on November 14, 2016 Trump Presidency Could Be Death Knell For Estate Taxes! where we discussed President-Elect Trump's tax plans, which includes the repeal of the US Estate & Gift taxes.

This may be a realistic possibility considering that this is in line with some of the proposals in the Republican House Ways & Means Committee Report of June 24, 2016 and especially when you consider that now the Republican's Control both the Senate and the Congress.

There are some differences that will need to be ironed out, including that Trump’s proposal would still allow the step-up in basis for estates under USD10 million but the Republican Party's proposal would simply abolish the tax without allowing step-up.

However, our Estate Tax Counsel, Robert S Blumenfeld, Esq., would like to point out that
dating back to the 1960s, an ongoing battle has been waged between Republicans and Democrats over the concept of the Federal Estate Tax.  During this fifty-year plus battle, Republicans have sought to eliminate or at least emasculate the FET while the Democrats fought to increase the impact of the FET on larger estates. The upshot of this is been best while there is a much larger credit shelter, $5.5 million dollars ($11 million for a husband and wife) today than  the $60,000 credit shelter extent in the 1960s, the number of devices or gimmicks available to lessen the impact of the FET has been legislatively reduced or eliminated.

One of Donald Trump's chief campaign promises is the elimination of the FET. That he is supported by a majority in both houses of Congress would seem to give some impetus to his idea. Unfortunately, the concept proposed by POTUS does not seem fully thought through.  The Federal Estate Tax is not a one-dimensional tax; it is an interlinking conglomerate of The Estate Tax, The Gift Tax, The Capital Gains Tax, and the Generation Skipping Tax. None of these taxes stands on its own; each is interdependent on the implementation of at least two of the other three taxes. This void does not seem to have been addressed by the POTUS in much detail.
President Trump will be opposed by three very powerful opponents; the Democratic Party, the insurance lobby, and the lobbies composed  of various charities. In addition, since his inauguration, Pres. Trump has done little to assuage the concerns of many Republicans Congressman and may not be able to count on complete backing by every Republican Sen. or member of the House of Representatives.
This whole scenario gives us great angst when we try to create estate plans for families of wealth. No one really knows where this is going to lead. Everyone has a theory but most of these theories are diverse; there does not seem to be a common thread of agreement. The next five months will be very interesting in terms of the overall tax structuring; unfortunately, we tax planners can only sit on the sidelines and wait for some finality or resolution which should appear by August, 2017.
Have an Estate Tax Problem? 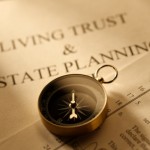