According to Law360, The House’s tax committee sued the U.S. Department of the Treasury in federal court for President Donald Trump’s tax return information on Tuesday, setting in motion a legal battle that will likely end at the U.S. Supreme Court.

Ways and Means Chairman Rep. Richard Neal, D-Mass., made the request for Trump's tax information under Section 6103 of the Internal Revenue Code, which states that the Treasury secretary “shall furnish” the tax records of any individual to the chairs of the Ways and Means Committee, Senate Finance Committee or the Joint Committee on Taxation upon their request.

"Defendants Have Now, For What The Committee Believes Is The First Time Ever, Denied A Section 6103(F) Request In Order To Shield President Trump’s Tax Return Information From Congressional Scrutiny,"

the complaint said. "In refusing to comply with the statute, defendants have mounted an extraordinary attack on the authority of Congress to obtain information needed to conduct oversight of Treasury, the IRS, and the tax laws on behalf of the American people who participate in the nation’s voluntary tax system."

Neal and Mnuchin had previously said that they expected the request for Trump’s tax returns to land in court. The dispute will likely be decided by the Supreme Court, given that either side would appeal an unfavorable ruling.

In his suit, Neal averred that Congress’ broad oversight authority easily surpasses the legal bar for obtaining the documents. In his original request, Neal said that the committee had an interest in reviewing the IRS’ auditing practices as they relate to the president’s tax return information. 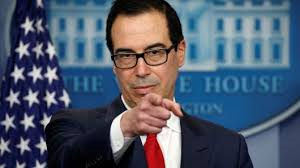 Neal Wrote To Rettig And Mnuchin On June 28 That He Had "Serious Concerns" About The Briefing, According To The Complaint. That Episode Underscored The Committee's Need To Review The Actual Return Information As Part Of Its "Oversight Duties," He Said In The Letter. 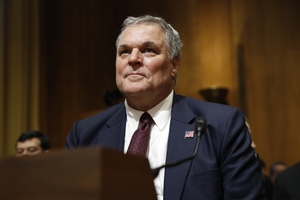 Mnuchin had previously invited committee members to consult with officials at Treasury regarding their concerns about the presidential auditing program.

Ways and Means Committee ranking member Rep. Kevin Brady, R-Texas, criticized the complaint on the grounds that neither the committee nor the full chamber voted to authorize it.  Brady pledged to introduce a resolution “to preserve the integrity of the people’s house from the attacks of the elite few and restore the voice of every American.”

Now That The Battle Over Trump’s Tax Returns Has Hit The Court System, The Process Could Drag Out Beyond The November 2020 Elections.
The committee petitioned the court to move swiftly in addressing the committee’s complaint.
“If this court does not redress defendants’ noncompliance quickly, the committee will be unable to fulfill its essential role of overseeing the executive branch or to carry out its constitutional obligation to legislate on issues of paramount national importance before the current Congress ends,” the complaint said.
The current congressional session ends Jan. 3, 2021. After that date, the entire process for attempting to procure the tax returns would have to restart.
The case is Committee on Ways and Means v. U.S. Department of the Treasury et al., case number 1:19-cv-01974, in the U.S. District Court for the District of Columbia.
Have a Tax Problem?