Things to Consider when “Opting Out” of the Offshore Voluntary Disclosure Program (OVDP)?

Things to Consider when “Opting Out” of the Offshore Voluntary Disclosure Program (OVDP)? 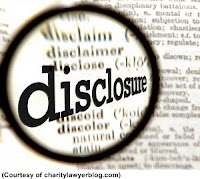 1.      Things May Get Better.   According to a report from the Taxpayer Advocate, as of September 29, 2012 the average FBAR  (Foreign Bank Account Report) penalty imposed in the 2009 Offshore Voluntary Disclosure Program (OVDP)  opt-out cases is $15,737. That figure may be misleading because not all of the 2009 opt-out cases have been closed and it seems likely that it is the larger, more difficult ones that are still open. Those opt-outs have a potential to skew the averages higher. Still the Taxpayer Advocate reported that there have been NO criminal tax prosecutions of taxpayers who have opted out. 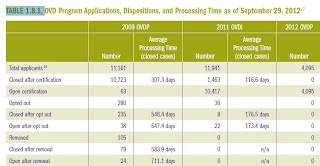 2.      Things May Get Worse.  The same report from the Taxpayer Advocate stated that a small number of the opt-out cases accounted for the bulk of the FBAR penalties that were imposed. Moreover, the IRS’ FAQs warn that taxpayers who opt-out may face a “full scope “tax audit of the tax returns will be initiated.  It also warns that if issues are found which were not disclosed previously those issues may be the subject of review by Criminal Investigation.

3.      The Right to Appeal.  There is no right to appeal within the OVDP. In fact, favorable decisions of revenue agents, and their managers are often reversed by so-called technical advisors. These technical advisors do not interface directly with taxpayers or their tax attorneys, and so it is impossible to negotiate with them.

Once the opt-out decision is made, however, the taxpayer is given the right to appeal a decision to impose FBAR penalties to the IRS Appeals Division. The IRS Appeals Division is a semi-independent portion of the IRS whose stated mission is to “resolve tax controversies on a basis which is fair and impartial to the IRS and the taxpayer.  One of the advantages of the IRS Appeals Division is that the Appeals Officers are permitted to settle a case based upon the “hazards of litigation.” This allows Appeals Officers the flexibility to settle an FBAR case based upon all of the facts, and circumstances, and based upon a percentage of the amount of the potential FBAR penalty.
4.      The IRS Needs the Approval of a Federal District Court Judge to Assess the FBAR Penalty. The IRS has the ability to assess an FBAR penalty without judicial review. However, unlike with a tax deficiency the IRS may not use its administrative powers to file tax liens, or tax levies. Instead it must file suit in federal district court in order to obtain a judgment.
In the district court the burden of proof is on the IRS to show that the taxpayer willfully, that is intentionally, failed to file an FBAR.  So far the IRS has filed only a handful of such lawsuits.
To date the lawsuits have involved fairly egregious situations so it is not surprising that the IRS has prevailed.  Whether the IRS will bring lawsuits against taxpayers where the facts are not so clear remains to be seen.  Generally speaking , however, the IRS is averse to losing cases which might set a bad precedent; so it may be a long time before the IRS is willing to even consider bringing all but the strongest of cases. 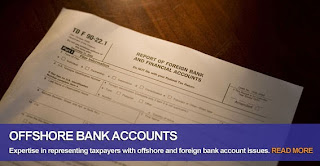 However a pair of 2012 federal court decisions have raised the prospect of broadening the definition of willfulness in the failure to file foreign bank and financial account (FBAR) reporting forms. The cases on willful failure to file FBAR disclosure forms—U.S. v. Williams and U.S. v. McBride—look to “willful blindness” to find a knowing failure to file, or a conscious effort to turn a blind eye.
With their emphasis on the preponderance of the evidence, the cases also suggest that willfulness can be found on grounds beyond whether the taxpayer had “checked the box” on disclosure on a tax return, the panelists said. Factors can pile up, with some clients, it can add up to willful failure.
Where do they do their banking? Where do they receive their statements? Why does someone travel to Switzerland? Was it the skiing? Or was it the secrecy environment?”
Although the underlying facts in each case were not the best, the courts might not lightly view those with considerable financial resources who fail to inquire about their potential reporting requirements associated with various interests in foreign financial accounts.
The Internal Revenue Manual suggests that “willfulness may be attributed to a person who has made a conscious effort to avoid learning about the FBAR reporting and recordkeeping requirements.” However, the willfulness determination should be based on the actual facts and the context in which statements are made (or not) rather than assertions in a legal pleading.
5.      Every Situation is Different. The IRS itself admits in FAQ 51 that in some cases an opt out election is the “preferred approach.” It is only after a complete review of all of the facts by a qualified tax litigator that a decision can be made if an opt-out is the right approach.
Thinking of "Opting Out"?