On the basis of the best information currently available to the Department of the Treasury, the following countries require or may require participation in, or cooperation with, an international boycott (within the meaning of section 999(b)(3) of the Internal Revenue Code of 1986).

Dated: March 16, 2017. Douglas Poms, Deputy International Tax Counsel, (Tax Policy).[FR Doc. 2017–06264 Filed 3–29–17; 8:45 am]
Under Code Sec. 999(b)(3), a person participates in or cooperates with an international boycott when that person agrees, as a condition of doing business within a country, with its government, or with one of its nationals or companies, to do any of the following: 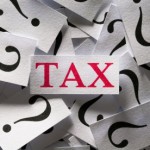 United States (U.S.) law generally prohibits U.S. persons from participating or agreeing to participate in foreign boycotts which are not sanctioned by the U.S. government.  Internal Revenue Code (IRC) Section 999, provides that a taxpayer cooperates with an international boycott if the taxpayer agrees to refrain from doing business with a boycotted nation or with anyone who does business with a boycotted nation; refrains from doing business with any company whose hiring practices exclude persons of a particular nationality, race or religion; and refrains from shipping or insuring products bound for the boycotting nation if the shipper or insurer does not cooperate with the boycott.

If a U.S. person cooperates or participates in an international boycott, certain tax benefits may be forfeited such as: 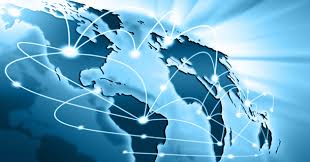 U.S. persons must file Form 5713 to report the activities and to calculate tax benefits that are forfeited if participating in a prohibited boycott. “U.S. persons” is defined as U.S. citizens/residents, domestic corporations, domestic partnerships, or domestic estates/trusts.  Form 5713 is due with the income tax return, including extensions.

Willful failure to file Form 5713 may result in penalties of $25,000 or imprisonment for not more than one year, or both.

All U.S. persons with international activities or operations with multinational companies should review the application of IRC Section 999 and Form 5713.   Compliance with Form 5713 is essential for avoiding significant monetary penalties and criminal charges.

There is a presumption that if a person or a member of a person's controlled group participates or cooperates with an international boycott during a tax year, all of the person's or group's operations in connection with the boycotting country are connected with the boycott.

This presumption may be rebutted, and an operation may be shown to be separate and not connected with the boycott.

Income deemed connected with an international boycott is included in subpart F income. (Code Sec. 952(a)(3)) The amount included under this rule is equal to all of the income of the controlled foreign corporation (CFC), less (1) the income attributable to earnings and profits of the CFC otherwise included in the gross income of a U.S. person under another category of subpart F income and (2) certain income taxed by the U.S. at regular rates because it is effectively connected to the conduct of a U.S. trade or business, multiplied by the international boycott factor.