Brooke Harrington, an American tax expert with a PhD from Harvard University, was about to make Copenhagen her home when she found out she was facing criminal charges.

Her offense was giving talks to the Danish parliament and chamber of commerce. It turns out that was illegal, violating work restrictions for non-European nationals, much to the surprise of both the parliament and Harrington’s employer, the Copenhagen Business School. What’s more, Harrington thought she was just living up to her employer’s requirement to share her research with the public.
That belief was exploded when she received a phone call from the police on a Saturday evening.

Having spent eight years in Denmark, the 49-year-old says she now faces a bleak choice: Either plead guilty to violating the Aliens Act, leave Denmark and be lumbered with a potentially career-ending criminal record; or endure a long and possibly bank-breaking battle in court. 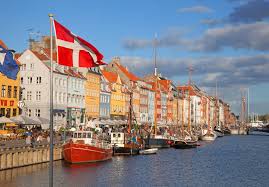 The case clashes awkwardly with Denmark’s vocal efforts to attract the world’s brightest to fill vacancies and boost productivity. It also reflects the tight grip that the anti-immigration Danish People’s Party, on which the minority coalition government relies for support in parliament, has on policy in the Scandinavian country.

“I am devastated and heartbroken,” Harrington said in a telephone interview in Copenhagen. “I’ve invested years of my life in my career and I thought I had finally made it in Denmark.”

The author of a book on tax havens, Harrington’s expertise turned her into a much sought-after commodity as interest in the Panama and Paradise Papers spread. But the talks she gave to lawmakers ran afoul of a little-known provision in the Danish Aliens Act that obliges non-EU nationals on temporary work permits to seek permission before accepting a side job.

Unfortunately, “no one, including the CBS president, had any idea that this was going to be a problem. We received no warning from the immigration authorities,” Harrington said.

The Chicago native is not alone. According to Danish state broadcaster DR, at least eight foreign researchers employed by universities across the country have been reported to the police for similar breaches. Jimmy Martinez-Correa, a Colombian economist also at CBS, was recently acquitted on similar charges after the high court found that the rules were so opaque that he couldn’t have known he was committing a crime.

According to the Confederation of Danish Employers, EU citizens’ arrivals have already dropped 65 percent over the past 15 months, which may result from criminal enforcement of work restrictions for non-European nationals.

Do You Need International Advice?