US S.C. To Decide Whether States Can Tax Out-of-State & Foreign Trusts

US S.C. To Decide Whether States Can Tax Out-of-State & Foreign Trusts

More than $120 billion of our nation's income flows through trusts, and the Supreme Court will hear a case that may clarify how much states are able to tax.

According to Ostrow Reisin Berk & Abrams (via Mondaq) in April, the Supreme Court of the United States will hear an appeal against North Carolina's practice of taxing the undistributed income of an out-of-state trust that has a beneficiary living in the state. North Carolina is one of 11 states that consider trusts taxable when they hold income for a person who is using the state's services, but US courts have reached different results about whether due process prohibits these taxes.

The outcome of NC Department of Revenue vThe Kimberley Rice Kaestner1992 Family Trust will determine whether individuals are able to avoid state taxes by placing assets with trustees in states with no income tax liability. 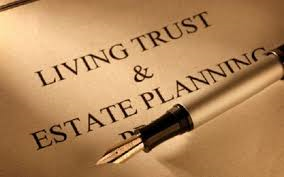 This may also impact Foreign – Non-US trusts, who have US beneficiaries, living in states which tax the income from Out-of-State Trusts.

North Carolina has argued that the trust is holding income for the beneficiary who is living in and using its' services. The principal of Federalism, states have power to raise revenues which are essential to the existence of government, is at the core of their argument.

The Due Process Clause

While nearly every state taxes trust income, North Carolina is among 11 states that collect tax on the undistributed income of a trust that is for the benefit of a state resident. A New York trust challenged this law and the state court concluded that the law violated the trust's due process. Over the years, courts have reached different results about whether due process prohibits these taxes. Five states have concluded that the Due Process Clause forbids states from taxing trusts based on trust beneficiaries' in-state residency, while four states have concluded the opposite. The petition to the Supreme Court states that this Due Process Clause should not have different meanings in different states.

Minnesota has also filed a petition to the Supreme Court asking for a review of a Minnesota resident trust that was administered by an out-of-state trustee. Their courts upheld the decision that the Due Process Clause prohibited Minnesota from taxing this resident trust. Their petition argues that because of the differing state court interpretations of Due Process, individuals are able to avoid state taxes by placing assets with trustees in states with no income tax liability.

These cases have many similarities to the recently decided Wayfair case involving state tax assessment. Since a trust is a legal abstraction, representing the relationship between a settlor, trustee and beneficiary, its physical location has been debated. Court decisions in the past have applied rigid formulistic rules that the trust and its' beneficiaries are legally separate. In the North Carolina case, the State Supreme Court relied on an old case regarding third parties which they applied to the trust, ruling the trust was not liable for income taxes for the beneficiary as a "third party."

Just as the Wayfair decision updated the Commerce Clause to reflect today's environment regarding sales tax, the petitioners hope that the Supreme Court will modernize current trust taxation.  Wayfair retired old formulas of physical presence to a more flexible minimum connection. This approach is consistent with an existing due process decision from Quill, which requires only "some definite link, some minimum connection, between a state and the person, property or transaction it seeks to tax".

Trusts are created for the beneficiary, and the relationship between the trustee and beneficiary is long-term and enduring. If the case for their connection is created, it will have major implications for the taxation of trusts with multi-state beneficiaries.