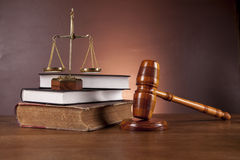 According to Law360, Carlo Marinello will argue to the U.S. Supreme Court next month that a vague tax law gives prosecutors power to criminalize anything that makes the IRS' job harder, in a case that could see the high court continue limiting broad criminal laws as it did last year in U.S. v. McDonnell.

Marinello was convicted in 2014 for failing to file tax returns for his New York freight business. He was also found guilty of “corruptly” obstructing the “due administration” of the tax code, a crime under the so-called omnibus clause.

But where some see a tool allowing prosecutors to more accurately capture a scheme to thwart tax enforcement, others like U.S. Circuit Judge Dennis Jacobs see a “capacious, unbounded and oppressive opportunity for prosecutorial abuse.”

The Second Circuit upheld Marinello's conviction and then rejected his bid for a rehearing before the full court. Judge Jacobs penned a scathing dissent, comparing the omnibus clause to broad criminal statutes like the one that formed the basis for Virginia Gov. Bob McDonnell's corruption conviction, which the high court overturned last year.

Jurors in both McDonnell's and Marinello's cases were told they could find guilt based on a number of acts. Prosecutors had said McDonnell was bribed in exchange for official acts including arranging meetings, hosting events and contacting constituents.

Similarly, in Marinello's case, the jury was told it could find him guilty of obstruction for taking any of eight actions, including destroying or failing to keep adequate records and not giving records to his own accountant. The Second Circuit said the verdict stands under the law, and that prosecutors were not required to allege that Marinello acted with knowledge of an IRS investigation.

“If this is the law,” Judge Jacobs wrote in the
Marinello dissent, “Nobody is Safe.”
Attorneys who agree with that assessment say the omnibus clause covers not just arguably innocent conduct, but also acts that constitute standalone tax crimes, letting prosecutors do an end run around higher criminal intent standards in those laws.

Former tax division head Kathy Keneally, now a partner at Jones Day, said the omnibus clause carries a lower standard of criminal intent than other tax crimes, as the violator only need act “corruptly” rather than “willfully.” The rest of the criminal tax laws are aimed directly at specific conduct like tax evasion, but the omnibus clause is vague enough to cover the same ground, Keneally said.

“If interpreted too broadly, the omnibus clause can subsume the rest," Keneally said. "And if you let that happen, you undercut the clear intention of the tax statutes."

A judge in a recent case agreed with that line of thinking. U.S. District Judge Richard Leon cut a tax obstruction charge against Patricia Driscoll, the former director of a veterans' charity.

Judge Leon said he had found Judge Jacob's dissent in Marinello persuasive, and ruled that violating the omnibus clause requires knowing about and trying to thwart a pending audit — a view the Sixth Circuit has espoused.

“As a practical matter, I note that little is lost to the government in this case by affording a narrow construction to the omnibus clause,” Judge Leon said at an August hearing dismissing the count. The judge said the alleged false statements underlying the obstruction charge were the basis for other charges that “do not raise the same due process concerns.”

Not all experts agree the obstruction law is too broad. Jay Nanavati, who worked in the tax division between 2005 and 2012 and now practices at Kostelanetz & Fink LLP, said he’d be surprised if the Supreme Court overturns the Marinello ruling. Nanavati said overlap between criminal laws is the nature of the beast.

“There are actions that people take that, in theory, violate lots of statutes,” Nanavati said. “It's hard to draw perfect boundaries between each separate offense.”

The DOJ’s tax division initially tried to draw a line in its charging policies. A memo dating to the late 1980s advised prosecutors to save the tax obstruction charge “for conduct occurring after a tax return has been filed.”

However, the memo allowed for omnibus clause charges in cases involving “numerous large-scale violations,” like helping a large number of taxpayers file false returns. Cases like that square with the “overall purpose” of the section, “to penalize conduct aimed directly at IRS personnel in the performance of their duties,” the head of the tax division wrote at the time.

In 2004, then-tax division head Eileen J. O’Connor issued a new memo superseding the old guidance. Prosecutors were no longer told the omnibus clause should be generally reserved for post-tax return mischief. The new memo suggested the clause applied to a broader set of conduct including “providing false information” and “destroying evidence.”

While the 2004 memo reiterates that the clause shouldn't be used in lieu of other, more direct charges, it notes that tax evaders who try to cover their tracks after the fact can be “punished more severely” than those who have not attempted obstruction.

The reasons for the shift aren't completely clear. Scott Schumacher, the tax program director at University of Washington School of Law who worked at the DOJ's tax division in the 1990s, said he remembered hearing the omnibus clause referred to at a panel presentation around that time as “the government's new weapon.”

“They must have said, why are we limiting it?” Schumacher said of the broader interpretation.

Often referred to as a “one-man conspiracy” charge, the omnibus clause allows prosecutors to bring in evidence of a longer scheme that would not necessarily be admitted for one-off tax charges.

Morgan Lewis & Bockius LLP partner Nathan Hochman, who led the tax division after O’Connor, said the omnibus clause allows prosecutors to “fill in gaps” and charge the corrupt actions around a tax fraud.

“A lot of the statutes require a tax return as the centerpiece. But they don't encompass the actions before or after to conceal money or falsify documents, particularly if those documents are not submitted directly to the IRS,” Hochman said.

Hochman said the division has many "weapons" at its disposal. If the Supreme Court limits use of the omnibus clause, “I don't see it crimping tax enforcement by any significant degree,” Hochman said.

That's a scenario that tax prosecutors may want to get ready for, said Schumacher, who thinks the high court will overturn the conviction.

"They are taking it for a Reason, and it's Not to Say 'AFFIRMED,'" Schumacher said.
Have a Criminal Tax Problem?