With Growing Number of Partnerships, IRS Has NOW Been Given the Power to Improve its Partnership Audit Efficiency!

With Growing Number of Partnerships, IRS Has NOW Been Given the Power to Improve its Partnership Audit Efficiency!

The Government Accounting Office (GAO) released it's report GAO-14-732: on September 18, 2014 indicating that the IRS needs to improve its audit and efficiency of partnerships.

Historically the Internal Revenue Service (IRS) audited few large partnerships. Most audits resulted in no change to the partnership's return and the aggregate change was small. the study also found that the IRS audited just 0.8% of large partnerships, those with at least 100 partners and $100 million in assets, as compared to a 27.1% audit rate for corporations with at least $100 million in assets. Most of those partnership audits resulted in no additional taxes, and the GAO said it wasn’t sure whether that was because of high compliance or the agency’s inability to find noncompliance.

According to IRS auditors, the audit results may be due to challenges such as finding the sources of income within multiple tiers while meeting the administrative tasks required by the Tax Equity and Fiscal Responsibility Act of 1982 (TEFRA) within specified time frames.

Also under TEFRA, unless the partnership elects to be taxed at the entity level (which few do), IRS must pass audit adjustments through to the ultimate partners. IRS officials stated that the process of determining each partner's share of the adjustment is paper and labor intensive. When hundreds of partners' returns have to be adjusted, the costs involved limit the number of audits IRS can conduct. Adjusting the partnership return instead of the partners' returns would reduce these costs but, without legislative action, IRS's ability to do so is limited.

A 3-year statute of limitations governs the time IRS has to conduct partnership audits, which is about equally split between the time from when a return is received until the audit begins and the time to do the audit. IRS then has a year to assess the partners their portion of the audit adjustment.

Congress should consider requiring large partnerships to identify a partner to represent them during audits and to pay taxes on audit adjustments at the partnership level. IRS should take multiple actions, including: define large partnerships, track audit results using revised audit codes, and implement project planning principles for the audit procedure projects. IRS agreed with all the recommendations, but noted that revision of the audit codes is dependent upon future funding.

Now the Congress & the President Have Responded 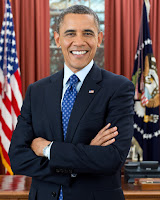 The Internal Revenue Service will now have an easier time auditing large partnerships, including private-equity firms and hedge funds, under a recently passed legislation. Budget legislation (H.R. 1314) signed by President Barack Obama on November 2, 2015, simplifies the procedures for the IRS to audit and collect adjustments from complex partnerships.

Under the bill, the IRS would apply changes in audits to the partnership itself, not individual partners. Small partnerships with fewer than 100 partners could exempt themselves from the new regime, which would begin in 2018. This new audit

program could however subject partners to pay tax for years they didn't have an ownership interest. Furthermore, it is expected to have the biggest impact on partnerships where there is high turnover, such as master limited partnerships and hedge funds.

to notify every partner about an

. All communication will go through a point person selected by the partnership, which is similar to current IRS audits of

C corporations, where the actual shareholders are not notified the tax audit and the audit is handled by the officers of the C Corporation.

The Congressional Budget Office estimates that this measure and one other item, would raise $11.2 billion over the next decade.


The new audit program would be effective for

taxable years beginning in 2018, which allows advisers 2 years to review

agreements for their clients and possibly for their own firms, as many professional firms are structured as pass-through entities.

Is the IRS Auditing Your Partnership or Hedge Fund?