Your FBAR Is Due in April This Year!

Your FBAR Is Due in April This Year! 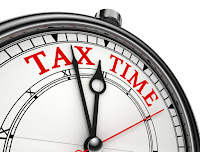 We previously posted Set up Your 2017 Calendar to Reflect New Filing Dates for 2016 US Tax Returns  where we discussed that on July 31, 2015, President Obama signed into law P.L. 114-41, the “Surface Transportation and Veterans Health Care Choice Improvement Act of 2015,” which includes a number of important tax provisions, including revised due dates for partnership, S corporations and C corporation returns and revised extended due dates for some returns.
Historically the Reports of Foreign Bank and Financial Accounts (FBAR) for foreign financial accounts wasdue on June 30 of each year, for purposes of reporting accounts for the preceding calendar year. FinCen reminds preparers and account holders that starting this year, the due date has been moved, starting for 2016 accounts, to April 15 (April 18 for 2017).
FinCEN Report Due Date Revised

The new law, for returns for tax years beginning after Dec. 31, 2015, the due date of FinCEN Report 114 will be Apr. 15, with a maximum extension of 6 months ending on Oct. 15. The IRS may also waive the penalty for failure to timely request an extension for filing the Report, for any taxpayer required to file FinCEN Form 114 for the first time.

The IRS or FinCEN need to provide clarification on the format or forms for such extensions, which may be similar to Form 4868, which is the form for requesting extensions on Individual tax returns currently. There may also be a requirement that these extensions be filed on the BSA Website as in the case of the FBAR forms.
Have a Tax Problem?